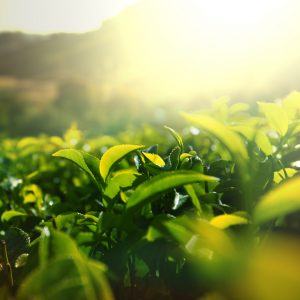 There are those people who enjoy drinking any beverage without knowing where it came from, and there are people like me who want to discover the origin of things.

Today, we’re sharing what we have discovered about the health benefits of green tea. And we’re telling you a little bit of the rich history about this healthy and refreshing drink.

Green tea comes from the tea plant which was first discovered in Asia thousands of years ago.

As a medicinal plant, green tea was first used in the ceremonies of Chinese dynasties. The glorious Tang dynasty (618-907)  developed the true art of tea.

During this dynasty, in the 18th century, the poet Lu-Yu wrote the Code of the Tea called “Tchaking”.  The first book was about the complete and thorough process of tea manufacturing, from the picking of the leaves to the preparation of the drink.

Green tea became an object of the flourishing trade, and the imperial government. The government even introduced a special tea tax called tribute tea. For centuries, people consumed green tea in the form of sheets or “bricks” as we now call them, which were pressed and dried in the form of a cake.

Matcha green tea, a popular flavor today, was actually first made in the Song dynasty (960-1279). Green tea leaves were ground into fine powder and served as a foamy emerald green drink. Under the Ming dynasty (1368-1644), green tea replaced coffee as the main stimulating drink.

Europe discovered green tea at the beginning of the 17th century, causing a real craze in England. In fact, it’s currently their national drink.

Today, tea is the second most consumed beverage in the world next to water.

What’s In Your Green Tea?

Green tea is a health drink. Vitamin C is quite abundant in fresh tea leaves comprising 0.6% of the total content.

Two of the most essential ingredients of green tea are caffeine and polyphenols. The caffeine content in the tea leaves is 2-4%. Long called theine, the caffeine alkaloid is in fact the same molecule as in coffee. Polyphenols found in green tea called catechins are excellent antioxidants that repair DNA damage and inflammation.

In traditional Chinese medicine, people drink green tea to clear their head and sharpen their eyesight. They use it to aid in digestion, promote urination, and to neutralizes toxins.They chew tea leaves as a method to cure bad breath.

People even re-use the tea leaves by using them to create pillows. These supposedly provide an incomparable deep sleep.

Beyond that though, here are some benefits with a more modern twist.

If you want to keep your mind sharp and have the physical energy to accomplish your daily tasks, a cup or two of green tea can awaken your brain and senses. You can use it as a substitute for coffee because green tea has caffeine content, too. Caffeine is also responsible for the diuretic properties of the tea and its ability to stimulate the cardio-respiratory system.

Green Tea Can Make You Sexy 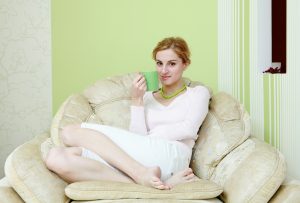 After water, green tea is a preferred drink of people who live an organic lifestyle. Its calorie content is negligible. You can drink it daily and feel as if you’re doing your body a favor, and you sure are!

Green tea hastens metabolism and provides the energy boost you need. With proper exercise, it can help you lose weight and be fit.

The Japanese researchers, K. Imai and K. Nakachi, from the Saitama Cancer Center Research Institute, carried out epidemiological studies concerning 1,371 men over 40 years to discover green tea’s curative ability for atherosclerosis. This condition occurs when the buildup of plaque from too much cholesterol in the artery walls makes the passage of oxygen-filled blood much narrower. This occurrence can lead to heart attack or stroke.

The research studies showed that regular intake of green tea decreased the levels of cholesterol significantly. They also found out that when the consumption was higher, cholesterol levels were lower. This is great news because it turns out drinking more cups of green tea can prevent serious damage to your health.

It Protects the Body Against Tumors

In general, the administration of green tea provides protection against certain tumors of the skin and the lungs. The work of Zhi Wang and Hasan Mukhtar of the Veterans Administration Medical Center in Cleveland showed the inhibitory activity of green tea when it was applied to mice with a skin lesion.

The mice were also exposed to ultraviolet B-rays or UVB. The control group received only water while the group tested received green tea a week prior to treatment with UVB and during the week of treatment. The intensity and severity of lesions were significantly lower in animals consuming green tea.

In a similar experimental study, the treatment with UVB was followed a week later by the application of a compound that causes the development of tumors. The results were promising. The number of skin tumors was much lower in mice drinking green tea, and the time in which the tumors fully developed and worsened was much longer.

Did you know that the rate of lung cancer is smaller in Japan than in the United States even though the consumption of cigarettes is much higher? Research studies conducted by the Ministry of Health in Japan showed that death rates by cancer, including stomach cancer and colon cancer were significantly lower in the green tea growing regions of Shizuoka, located southeast of Tokyo. While the measured results should be interpreted with caution, it certainly is an anti-carcinogen as shown by the next benefit on our list. 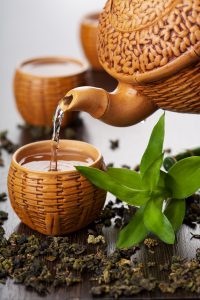 Green tea fights free radicals and by doing so, it prevents the occurrence of cancer. Its capacity to detoxify or fight free radicals was tested with the use of a special purple-colored molecule whose color fades out if chemicals and molecules that destroy free radicals are present and potent. When green tea was infused and tested, it showed effects comparable to that of rutoside (rutin), a natural polyphenol used as a reference.

The result of the green tea infusion was also superior to that of Vitamin E. This activity was dramatically increased when an epigallocatechin gallate (EGCG) green tea extract was used. EGCG is a plant phenol that has strong antioxidant properties.

In the United States, the National Cancer Institute has deemed all of these results interesting enough to start Phase 1 clinical studies on the activity of green tea in the prevention of cancers, including colon cancer.

The health benefits of green tea just prove how beneficial it is to our lives. It’s more than just a fashionable drink.

Do you drink green tea regularly? How has it improved your health? Which types of tea do you like? Do you want to try kombucha tea? Explore the many tea options and their health benefits so you can have an interesting variety for your daily dose of tea.

Butter in My What? How to Fast with Ketogenic Coffee