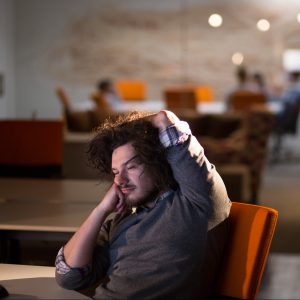 It is not uncommon for someone to feel sleepy during the day. But, what if this feeling of sleepiness becomes so frequent that it impedes one from performing his/her daily chores and routines?

Such a dysfunction is termed as “problem sleepiness” and becomes quite dangerous in situations where the person is driving a vehicle or operating heavy machinery.

It’s not just inadequate sleep that produces excessive sleepiness. There are other factors that tend to influence problem sleepiness in a person. These include…

Your body normally experiences sleepiness during two periods. Primarily, it is in the late night hours between midnight and 7a.m. The other period is during mid-day, specifically between 1pm and 4pm. If you tend to stay awake during both these periods, then the chances of you falling asleep during undesired hours rise drastically.

The aspect of going to sleep is primarily controlled by the release of special chemicals in the brain known as neurotransmitters, and inhibited release of these chemicals will result in sleep disorders.

Therefore, disorders such as sleep apnea (interrupted sleep due to blocked nasal passage), narcolepsy (excessive sleepiness in the day despite proper rest at night), insomnia (inability to sleep in the night) and even restless leg syndrome can also contribute to problem sleepiness in a person.

Disruptions in sleep pattern can be caused by different substances such as alcohol, nicotine (found in cigarettes and chewing tobacco) and caffeine. Furthermore, if you suffer from certain health complications like rheumatoid arthritis, heart congestion, asthma or any other chronic disorder for that matter, then they too can affect the sleep cycle.

Individuals suffering from problem sleepiness will exhibit a majority of the symptoms mentioned below.

Diagnosis And Treatment Of Problem Sleepiness

Doctors and health professionals use different testing models to discern if it is actually problem sleepiness or just a case of occasional daytime sleepiness owing to tiredness and fatigue. Medical doctors and psychiatrists alike often employ the Epworth sleepiness scale to quantify a sleepiness problem. They do this by by having the individual answer a specific questionnaire.

Sometimes they also use Multiple Sleep Latency Test (or MSLT) for testing a patient’s sleepiness quotient.

In the past, doctors prescribed drugs to treat the problem.  These drugs included amphetamine, dextroamphetamine, methylphenidate, methamphetamine, lisdexamphetamine and pemoline. Nowadays, the use of such psycho-stimulants is rare. Instead, drugs like modafinil or sodium oxibate have taken their place.

However, medications can only treat various symptoms; they cannot fully eradicate the condition on their own. That is why general practitioners also try to educate the individual on preventive techniques to increase the treatment efficacy.

For instance, if you are a problem sleepiness sufferer, your doctor may advise you to cut down on alcohol, caffeine and/or nicotine. Even work cycle changes seem to produce positive results and are therefore suggested by medical experts.

Sleep is vitally important to our well-being.  If you feel that you may be suffering from problem sleepiness, please see your doctor. You can also check out our article on sleep debt.

8 All-Natural Ways to Get a Good Night Sleep

Sleep Problems And Solutions – When Your Partner’s Snoring Becomes Impossible