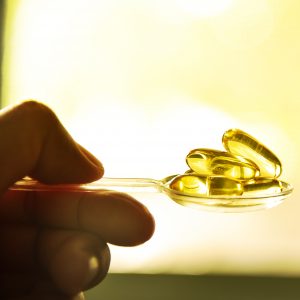 You might have heard a lot about the health benefits of krill oil lately.  People are comparing its qualities against regular fish oil.

More and more, the winner seems to be krill oil.

We’re here to go through everything you need to know about why krill oil is so spectacular for your health.

As with most fish, it starts with its fatty fish properties. However, krill oil has a special quality about it which helps your body absorb the omega-3s much easier.

Krill is a small crustaceous fish of the “Euphausiacea” family. It is also very similar to shrimp, its crustaceous cousin. Krill is a delicious food not only for humans. Whales, seals, penguins, squids and other fishes all have krill in their diet.

Krill is easy to come by as it’s a wide-spread fish found in all the oceans of the world. You won’t have a problem coming across krill or krill oil supplements in supermarkets. They should be found in local supermarkets and stores, or online.

What Is Krill Fish Oil?

Krill oil is oil taken from the krill fish and placed in supplement capsules. Different from simple fish oil, krill oil supplements use only oil from this particular fish. All ocean’s krill is incredible and beneficial to your health. However, krill fished from the Antarctic Ocean is believed to have more qualities – being called “Euphausia superba”.

What makes krill special and different from other marine fish is its phospholipids. These lipids make the DHA and EPA Omega-3s much easier and quicker to be absorbed in the body.

Let’s go more in depth into the health benefits of this amazing fish and its oil: 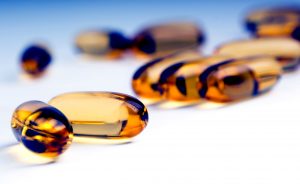 Healthy fats such as Omega-3 are a natural wonder for our bodies. Krill oil has phospholipid-derived fatty acids (PLFA) which not only makes them easier to be absorbed, but have marine lecithin as well.

These healthy fats are great for your health in that they lower your “bad” cholesterol and raise your “good” cholesterol. Lecithin does wonders for your memory and can prevent and treat dementia or Alzheimer’s disease.

Don’t deprive your body of all the goodness of healthy fats and make sure to have your needed dose of krill oil.

Krill oil will help you lead a healthy and long life.

Premenstrual Syndrome can be really life-altering for women. The symptoms can be quite strong and can disrupt day-to-day activities. On top of that, the emotional discomfort makes it hard to enjoy life. PMS symptoms range from irritability, sadness, feeling on edge, isolation tendencies, and fatigue, insomnia and food cravings.

Don’t suffer from PMS and let krill oil take some of the burden away. 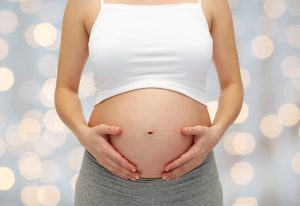 The healthy fats in krill oil do amazing work on the brain and are a needed supply for it. During pregnancy, the body needs more of these healthy fats to support the growth of the unborn baby. Many women are already lacking the needed doses of omega-3s, and deprive the fetus as well.

A study showed that pregnant women who took omega-3 supplements had given positive effects on the development of the baby and the baby’s brain.  Always check with your doctor before starting on supplements during pregnancy.

Krill oil doesn’t just help with PMS symptoms. It helps you manage all of your emotions and fights against depression. Your brain works well when it has enough omega-3s. When it doesn’t get enough of these nutrients, certain parts can slow down in performance.

All your emotions are regulated in the brain, along with your mood. A study from 2013 showed that krill oil supplements help your brain run well and have antidepressant-like effects. It has also been proven that phospholipid molecules play a big part in membrane fluidity. This in turn plays a big part in successful emotional management.

Arthritis can be a debilitating condition deplways check with youending on how advanced it is. Krill oil can really ease your symptoms and help reduce your arthritis. It can also be used for arthritis of the knees, hips, and any other joints.

Krill oil is helpful for arthritis because of its anti-inflammatory properties. One study showed that mice that were given krill oil had a lower number of inflammatory cells.

Arthritis can be so much bearable with the right treatments. Let krill oil soften your joints and take some of the pain away.

Alzheimer’s disease (AD) is a chronic and degenerative disease. It begins subtly and it becomes more prominent in time. It ruins a person’s memory and thinking abilities, debilitating their entire life. Although Alzheimer’s causes aren’t known, it’s believed that the core the problem revolves around brain proteins and brain cell disruption… issues which lead to damaged brain functions.

The Omega-3s and the phospholipids in krill oil are both really good nutrients for the brain. They’re partly on what the brain runs on. They are also beneficial in healthy protein relationships and a good membrane environment in your brain. A study showed the possibility of negative changes in phospholipids during the development of Alzheimer’s disease.

Keep your brain healthy and lower your chances of developing Alzheimer’s by having krill oil regularly. If your loved one is suffering from the disease, he or she would definitely benefit from it as well.

Krill fish can be found in most stores and supermarkets. Make sure to get your share of this fish to get all the needed supply of its wonderful nutrients. Or simply use krill oil supplements to get the benefits.

Don’t let these amazing benefits of krill oil pass you by. Make use of its strong powers to prevent and heal diseases. Or make use of their abilities to keep your body and mind running perfectly and healthily.

Do share the knowledge on the powerful krill oil with others!