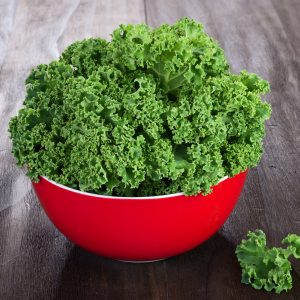 Kale may seem relatively new to the culinary scene but the use of this vegetable dates back to 600 B.C. when Celtic travelers from Europe first picked it from regions in Asia Minor and brought it home. Later, during the Roman period, Kale began to rise in popularity and subsequently became the vegetable of choice.

Kale is a cruciferous vegetable in the same family as cabbages, mustard greens, radish, broccoli, cauliflower, and Brussels sprouts. Recent findings have made this particular ‘pro-fitness’ veggie popular due to its sulfur-rich phytonutrients. Brassica Oleracea, as taxonomists call kale are vibrant in their appearance, taste, and texture.

Dinosaur or Lacinto Kale is not a figment of imagination; it is a leafy blue-green vegetable which people often mistake for a bruised and beaten broccoli.

Dinosaur kale has a rich taste and its texture makes it the easiest to cook with or consume raw. In fact, one of the best ways to enjoy the full nutrients of this vegetable is by scrunching a few leaves into your salad. You can also incorporate Kale in your organic smoothies or in healthy snacks like chips.

Please Note: Do not eat any cruciferous vegetable in its raw form if you have a thyroid condition.

Do you know why kale is popularly referred to as the queen of greens? If you don’t, then this post is a must-read. Kale might be the lesser known member of the cruciferous family of vegetables, but when it comes to promoting better health, it’s one of the best among the lot.

Let’s take a look at some amazing health benefits of consuming Kale:

One of the most effective ways to maintain a healthy body system is by detoxifying regularly. Detoxification removes free radicals from the body and takes the pressure of waste removal off your liver.

Kale contains insoluble fiber and lots of water – necessary ingredients for eliminating waste and purifying your internal organs. Once your body is free of toxins, it can easily absorb much-needed nutrients from the meals you eat.

Improves Your Diet And Aids Digestion 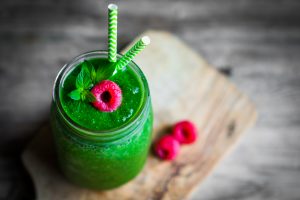 The fewer calories and zero fat in kale imply that fiber and other nutrients get a much bigger share. Dietary fibers are excellent for regularizing bowel movements, reducing bad cholesterol and improving hunger satiation.

Kale also contains Indol-3-carbinol in requisite quantities. Another fascinating thing about kale is that it hinders the production of a specific cholesterol transportation component within liver cells. As a result, the biochemical action ‘selectively’ reduces the amount of bad cholesterol produced in the liver.

Chronic inflammation can be caused by consuming unhealthy (junk) food and is harmful to your health. Doctors advise that you frequently eat natural foods such as leafy greens. Consuming anti-inflammatory veggies such as kale equips your immune system to fight against harmful microbes which cause several illnesses.

Kale contains lots of calcium necessary for healthy bones and teeth, but where it really outshines the rest is in the amount of vitamin K it contains. According to a nutrient chart of vegetables provided by the USDA, 130 grams of lightly-cooked kale meets a whopping 1327% RDA of vitamin K. Vitamin K plays an essential role in promoting healthy bones and teeth as our body requires it for synthesis of a bone-strengthening protein called ‘osteocalcin.’

Kale is an excellent source of Vitamins A and C. Vitamin C keeps your skin healthy and protects against the formation of wrinkles, blemishes and other skin defects given its anti-aging properties. Vitamin A, on the other hand, makes your skin look radiant, and adds a reddish-orange hue to it. Similarly, kale supplies a sufficient amount of iron that can help prevent hair loss.

As far as the eyes are concerned, the effects of vitamin-A cannot be overlooked. Vitamin A improves eyesight by maintaining the retina’s ability to see clearly in dim light conditions. S

Studies have shown that a single medium cup (130 g) of cooked kale can supply the entire recommended dietary allowance of vitamin A. Kale is also rich in antioxidants such as lutein and Zeaxanthin, which protects against a good number of eye diseases. 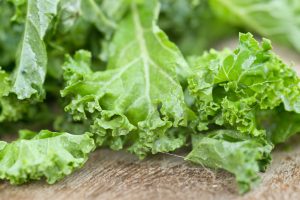 There is ample scientific evidence to support the cancer-preventing abilities of nutrients found in kale. One such component is the naturally-produced Glucosinolate. When Glucosinolates enter the system through ingestion, they set up a protective barrier against cancer-causing chemicals and free radicals.

Kale is effective for prevention of several cancers, including those of the colon, GI tract, bladder, prostate, breasts, and ovaries. Also, chlorophyll found in kale can prevent the absorption of carcinogens by combining with it.

With nearly 45 different anti-oxidants identified, it goes to show how much of a pro-health vegetable Kale really is. Antioxidants basically ensure that free radicals don’t wander about within the body stealing the vitality from cells. This, in turn, reduces general wear and tear, and age-related degeneration slows down considerably.

People living with diabetes need to regularly keep their glucose level in check. Kale consumed cooked or fresh offers a sufficient amount of fiber which your body requires to effectively break down blood sugar. Also, the magnesium and potassium present in kale cause dilation of the blood vessels, thereby decreasing blood pressure and reducing your risk of having a stroke.

Eating kale can significantly improve your mental health and flexibility. One of the reasons kale is considered an ideal brain food is the presence of omega-3 fatty acid (also alpha-linolenic acid).

Plant-based omega-3 fat is healthier than the one found in fish oil. It helps to shield the brain from rapid aging, memory loss, and dementia.

Kale intake can help to regulate blood sugar and also prevent impairment of the neurological system. Additionally, this vegetable ensures your brain does not overload on sugar thereby making the brain less susceptible to sugar addiction.

Kale Is An Effective Treatment For Anemia

Anemia is a condition caused by insufficient red blood cells or hemoglobin in the body. The condition is usually triggered by a deficiency of iron, and the most effective way to naturally boost iron content in the blood is by incorporating vegetables that are high in Folate into your diet. Kale in its raw form contains up to 19 micrograms of Folate per cup.

During menstruation, women lose a lot of iron. To restore lost blood during the menstrual cycle and prevent anemia, the body needs an iron boost. Kale provides sufficient iron and also serves as a natural supplement for women who need to boost hemoglobin production.

Now that you’re aware of the numerous nutritional benefits of consuming kale, be sure to incorporate this super veggie in your meals, and your body will thank you for it! 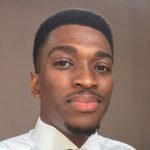 Daniel Ikimi is a freelance writer with a deep concern about the environment and has written many published articles on Health, Sciences, Technology & Climate Change.

Find out more about Daniel and see more of his posts here.

Health Benefits of Cabbage And Its “Bloody” History