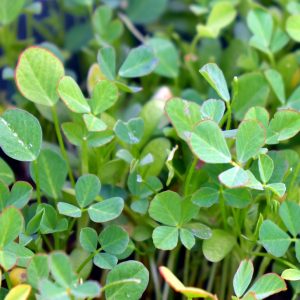 It’s true that science is inventing new food all the time. It’s equally true that herbs like fenugreek, which our ancestors used, still play a major role in today’s cuisine.

Fenugreek: A Tale As Old As Time

True as it can be, this bean-like plant with its dainty, round leaves and tiny white flowers is a beauty in any herb garden. Fenugreek is also a beast in the world of traditional medicine. Its use goes back to ancient times.

Scorched fenugreek seeds have been unearthed in at least one Mesopotamian site dating from 4,000 BC. In the tombs of pharaohs like King Tut, archaeologists discovered containers of dried fenugreek seeds. These were sitting alongside treasures like gold-covered items and vessels brimming with precious ointments and oils. Evidently, the fenugreek enjoyed high esteem in ancient Egypt.

In the first century AD, the Romans partied with fenugreek-flavored wine.In the highlands of Yemen, fenugreek has been a staple in cooking, popular medicine, and body care for hundreds of years. Fenugreek was also among the many plants cultivated in the imperial gardens of the Holy Roman Emperor Charlemagne.

In classical Rome and Greece, farmers used it to nourish cattle— hence the Latin moniker foenum graecum (Greek hay). In Middle French, this evolved to become fenugrec. India’s traditional medicine and cuisine has also been highlighting fenugreek for thousands of years.

Fenugreek, How Do We Love Thee? Let Us Count the Ways

Millions of people all over the world use fenugreek to transform food and drinks from lame to lip-smackingly delicious. Here are a just a few examples.

In South Asian countries like India and Sri Lanka, fenugreek—also called methi—is many a chef’s staple ingredient. The seeds are finely ground and used in curry powders. Fresh fenugreek leaves add a splash of green in ever-popular bowls of curries as well.

Do you feel like having a healthy appetizer? Grab a small handful of fresh fenugreek leaves, young shoots, or sprouted seeds. Mix them with other veggies like shredded carrots, chopped onions, and pert cherry tomatoes. Perhaps add some feta cheese and a drizzling of lemon vinaigrette, and voila! You’ve got yourself a colorful and refreshing salad. 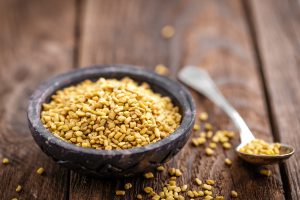 Fresh or dried fenugreek leaves add a tasty dimension to homemade spaghetti sauce and dishes like potato stew. Want a roast chicken that you’ll want to write home about? Toss in a couple of teaspoons of ground fenugreek seeds or dried leaves to the marinade.

Start the day right with a piece or two of fenugreek bread. This is a type of flatbread where fenugreek powder or fresh leaves combine with other herbs and spices. It’s either baked or fried. Either way, it’s yummy. Spread some niter kibbeh—a type of Ethiopian butter spiced with roasted fenugreek seeds—on it and dig in!

Indulging your sweet tooth with a little less guilt doesn’t need to be difficult. You might want to try helba, a Middle Eastern cake that features fenugreek seeds.

Whether you’re craving a hot drink or something to cool you down, fenugreek’s got you covered. Roasted fenugreek seeds can function as coffee substitutes. They’re just as delicious, but with less caffeine.

You can also steep the seeds or some fenugreek powder for a warm, relaxing cup of tea.

Are you looking for something cold on a hot day? Try a fenugreek-flavored soft drink.

If you’re up for an adventurous nightcap, ask the bartender for a cocktail with fenugreek syrup in it.

In the world of herbal medicine that’s filled with superfoods like garlic, turmeric, and ginger, fenugreek holds its own. The United States Department of Agriculture (USDA) says that nutrients in fenugreek seeds include fiber, vitamin B6, magnesium, and copper. It’s also rich in protein—making it highly valuable in vegetarian diets. Fenugreek contains antioxidants and phytonutrients that can help keep a number of diseases at bay.

Let’s take a quick look at some amazing health benefits of fenugreek.

It Acts as a Galactagogue 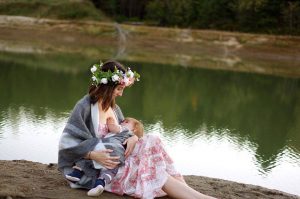 No, that doesn’t mean fenugreek is associated with awesome intergalactic journeys. A galactagogue is something that increases the milk production of breastfeeding mothers.

According to a 2017 study, fenugreek is highly effective in stimulating lactation or breast milk production. However, pregnant women should avoid ingesting fenugreek since it could cause the uterus to contract, resulting in premature labor.

It Can Alleviate Symptoms of Menopause

Hot flushes and night sweats are two of the most common hallmarks of menopause. A 2017 study in the journal Phytotherapy Research offers some great news to millions of suffering women. It indicates that fenugreek seed extract may reduce these bothersome symptoms in those who are otherwise healthy but menopausal.

It Acts as an Aphrodisiac

Many things are reputed to improve libido: oysters, strawberries, chocolate. Or maybe hearing someone speaking in a foreign language too? (Sorry, Kevin Kline doing this in A Fish Called Wanda cracked me up).

However, fenugreek has science on its side here. Several studies show that fenugreek benefits both men and women with low libido, by enhancing their sexual desire and function.

It Can Control Blood Sugar Levels

According to a number of studies, fenugreek has a positive effect on the body’s levels of blood glucose. People with high blood sugar can take it in capsule form,or pulverize it and then add it food or drinks. By reducing insulin resistance, it offers significant health benefits to people with either type 1 or type 2 diabetes.

Keep in mind, however, that fenugreek seeds can interact adversely with certain diabetes drugs. So, it’s best to consult a doctor before adding fenugreek to your diet.

It Has the Potential to Relieve Inflammation

Arthritis is a painful inflammatory disease that affects millions of people all over the globe. Fenugreek just might provide welcome relief, and without the side effects normally associated with conventional anti-inflammatory medications.

According to a study published in 2018, mucilage or a gumming substance extracted from fenugreek demonstrated anti-arthritic properties. Though the study focused on rats, the outcome remains promising for humans.

And If That Wasn’t Enough…

Fenugreek enhances digestion due to its high fiber content. It’s rich in anti-carcinogens that can ward off colorectal or colon cancer. Fenugreek is also a potent ingredient in poultices for soothing minor skin injuries.

Fenugreek brings an exotic oomph to dishes and drinks. It helps make for memorable meals, whether they’re casual brunches or formal dinners where everybody’s dressed to the nines. And it certainly doesn’t hurt that it’s chock-full of health benefits too!

In the Spotlight: Health Benefits of Hemp Seed Oil