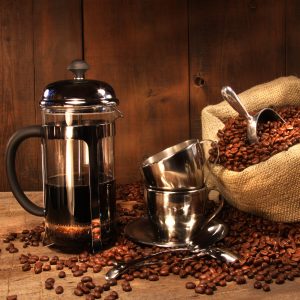 Turkish, Arabic, Spanish, Greek… Espresso, Macchiato, Breve, Americano…  Whatever way you roast it, brew it, press it, dress it or froth it, coffee is arguably one of the most consumed beverages in the world.

Coffee was discovered by an Ethiopian goat-herder named Kaldi who noticed his flock “dancing,” energized after consuming the cherry from the coffee bushes.

He took these fruits to the local monastery, where the monks brewed it into a drink that allowed them to stay up studying all night. (Sound familiar?)

Before long, the roasted and steeped pit of those cherries became the drink of thinkers, artists, students, writers, composers, philosophers. It kept people alert and made them feel alive way into the night.

But it wasn’t considered medicinal, or even healthy. In fact, it was like a drug that had to be bought, sold, and consumed illicitly. Coffee was a secret obsession.

Now, alas, we do not need to hide away in dark, seedy cafes to drink our lattes and double-shot no-froth hold-the-whip peppermint mochas.

In fact, the newest research is showing that your daily cuppa joe can be advantageous to your health.

You might have grown up being told that coffee will stunt your growth, put hair on your chest, make you hyper. But as you got older, you realized the power in the dark, bitter potion.

Well, it turns out that coffee might hold more power than we could have even anticipated. There are some promising health benefits in these little roasted beans.

Coffee Boosts Your Brain and Makes You a Happier Person 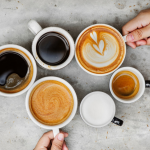 Okay, so this one might not be such a big surprise– but a cuppa joe before that exam or morning meeting will keep you alert, awake, and in a better mood to take on your tasks.

This is because coffee blocks the neurotransmitter adenosine. When caffeine is filling that space, adenosine can’t get through and this is important because adenosine makes you drowsy and foggy.

PLUS, the caffeine in coffee boosts serotonin and other mood-stabilizing brain chemicals like dopamine, letting those good vibes flow freely–  which is precisely why coffee makes you a happier person.

If you’re in your golden years, you might want to take up a coffee habit if you haven’t already!

Drinking three cups of coffee a day could reduce your risk for dementia and Alzheimer’s disease, stroke, type 2 diabetes, and Parkinson’s Disease.

Why? Caffeine, quinines, and magnesium. Oh, my!

The 150-200 milligrams of caffeine per cup of coffee helps protect brain cells from free radical damage, which is an important defense against degenerative brain disease such as dementia and Alzheimer’s.

Plus, coffee (regular or decaf) is chock full of disease-fighting antioxidants called quinines, which only become more potent when roasted and help to decrease risk of stroke by up to ten percent.

These same antioxidants, when combined with the magnesium also found in coffee, affect blood sugar in such a way that’s linked to a decreased risk for type 2 diabetes.

It’s most likely that the link is caffeine. This provides promise that caffeine consumption may help prevent or even possibly treat the symptoms of this disease.

Gallstones are seriously no fun. Shakes, vomiting, horrible pain– gallstones are bits of hardened bile in your gallbladder. You definitely want to avoid these if at all possible.

Good news– coffee drinkers have a decreased chance of being affected by symptomatic gallstone disease.

This is because the caffeine in coffee alters the cholesterol content of the bile from which the stones form. Also, the caffeine can induce gallbladder contractions, making it more difficult for a stone to form. 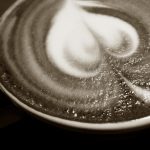 The caffeine in coffee works to constrict blood vessels and restrict blood flow.  This is why it’s often an ingredient in over-the-counter headache medicines.

Try a shot of espresso next time you feel that headache coming on– as long as you’re not trying to go to sleep any time soon.

Of course, the benefits of coffee can be quickly outweighed by how you take it!

When Not to Drink Coffee

If you’re filling your brew with sugar and cream, you can negate some of the health benefits that black coffee might have provided. So, the purer the better when it comes to healing power.

You also might want to consider skipping the espresso (or any coffee) within four hours of bed time, on an empty stomach, or if caffeine makes you jittery or anxious.

An alternative might be a cup of lower-caffeine green tea… still tasty and warm, and full of health benefits with a lesser possibility of staring at the ceiling until 2am.

Ultimately, you have to go with how you feel.

If you love coffee and you don’t really experience adverse side effects, enjoy your cuppa joe knowing that you’re doing your body a favor. If you want to try tea, go for it, nobody’s judging– we are all on the same team here.

Melinda Bryce is a writer in the health and wellness field with a focus on holistic health, diet, nutrition, and recipe development.

Find out more about Melinda and see more of her posts here.

Butter in My What? How to Fast with Ketogenic Coffee