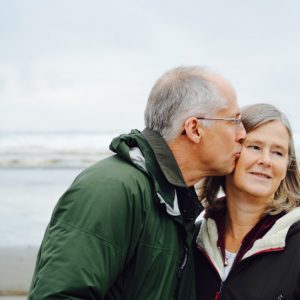 The high fat, low-carb ketogenic diet is suddenly incredibly popular among the fitness and weight-loss communities. But, it’s also quietly making a name for itself as a useful tool in treating symptoms of numerous chronic diseases.

What is a chronic disease?

Simply put, it’s a disease that lasts longer than three months, makes life difficult and often painful, and has no vaccine prevention or medical cure.

We are talking about diseases like cancer, Alzheimer’s, epilepsy, multiple sclerosis, dementia, Parkinson’s, and more.

Most of us know someone affected by one or more of these painful diseases, which happen to be trending upward in the developed nations.

There are medications and therapies to manage symptoms. Still… most people who suffer from a chronic disease will do whatever safely possible to find relief from the life-altering symptoms.

The keto diet is showing results.

Ketogenic Diet And the Treatment Of Epilepsy

The ketogenic diet has proven effective in helping children with epilepsy control their seizures (source).

In a 2008 clinical trial, 4 of 10 children given the keto diet reduced their seizures by half. Many of the other children reported other positive effects, such as “increased alertness, awareness, and responsiveness.”

Typically, a ketogenic diet is only tried after several medications fail to control seizures. Why? Well, the keto diet eliminates sugar and drastically reduces carbohydrates. It can be difficult for a child to adhere to these guidelines.

But, for many children suffering from epileptic seizures, a few weeks of ketogenic diet can be enough to see results.

If a keto diet looks like something worth trying, please make sure you work with your child’s doctor or nutritionist. This way, everyone’s on the same page.

You might have heard that a keto diet can starve cancer cells. As crazy as that sounds, it is actually… correct.

Some cancers can’t metabolize ketones. When you eat a high fat diet and cut your carbs, you’re drastically reducing the amount of glucose that’s circulating in your body.

Thus, the cancer cells essentially “starve” while the rest of the cells in your body adapt to using ketones for energy.

The keto diet has been shown in preclinical studies to reduce tumors in specific types of cancers, either in conjunction with chemotherapy or without it.  But, it’s still important to discuss any kind of therapy with your doctor before starting.

New research shows that the ketogenic diet could be a beneficial treatment for the neurodegenerative component of MS.

This is because a ketogenic diet increases antioxidants in the blood and nutrients available to cells. This combination could help protect the nervous system and brain cells from damage.

Thus, the diet could potentially stall neurodegeneration. This offers, in theory, a good therapeutic option for the symptoms of MS.

While there are only a few clinical studies to draw from, many people with MS report a better quality of life on the ketogenic diet.

In a 2009 clinical trial, researchers found that a ketogenic diet could protect the brain against the type of neurotoxicity that leads to Parkinson’s Disease. It can also  alleviate symptoms– even after medications lose their efficacy.

Scientists theorize that this is in part because ketones, which flow in abundance when you’re in ketosis, find alternate neuron pathways in the brain. Thus, communication bypasses the pathways affected by the toxicity and new routes strengthen.

There is also evidence that a ketogenic diet reduces brain inflammation, and that ketone bodies repair neurons.

This sets the stage for the relief of such Parkinson’s symptoms as tremors, night terrors, dementia, and slow movement.

Recent studies point to the efficacy of a ketogenic diet in prevention and treatment of Alzheimer’s Disease.

Because of the elevated intake of medium-chain triglycerides in this type of high fat diet, and an absence of carbohydrates, memory function improves and the brain is more protected against deterioration.

While there still need to be more controlled clinical trials, anecdotally, patients who try the ketogenic diet typically report a marked improvement in memory.

The high fat, low carb composition of the keto diet makes it unique in its ability to change the body’s composition at the cellular level.

Science is just catching up with this. But, pharmaceutical companies will likely stall the process. There’s no money for them in eating real food… That’s an entirely different article.

Bottom line is:  If you are suffering from the symptoms of a chronic disease, talk to your doctor about a ketogenic diet. If it works, and provides relief and even healing, it’s worth its weight in butter. 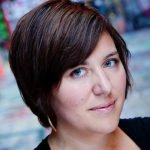 Melinda Bryce is a writer in the health and wellness field with a focus on holistic health, diet, nutrition, and recipe development.

Find out more about Melinda and see more of her posts here.

5 Tips For Camping On Keto