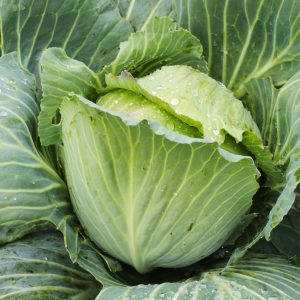 In Judaism, a boy becomes an adult after his bar-mitzvah. In Mexican culture, many girls celebrate their coming of age with a quinceañera that introduces them to the world of womanhood. For me personally, I feel that I only became an adult once I regularly began purchasing cabbages at the supermarket.

When I was ten, I never thought I’d see the day where I would buy cabbage for personal consumption, much less look forward to the recipes I could make  with it. The leafy green I used to view as an obstacle between me and ice cream now forms the bedrock of my household’s healthy meals.

If you’re anything like ten-year-old me, your face might twist in disgust at the thought of eating any vegetables. Even more, it might twist into unrecognizability at the sight of cabbage specifically.

But I’m here to tell you that cabbage is an amazing plant. Cabbage forms an important part of a well-balanced, healthy diet. Innumerable great tasting cabbage recipes exist. And if you don’t read this, you won’t get any dessert.

The Bloody History Of Cabbage

Would you be surprised to learn that the ancient Greeks had a legend of gods and kings that accounts for the creation of cabbage? It certainly isn’t one of the Greatest Hits of Greek Mythology. Sure, Prometheus stole fire from the gods, and Pandora unleashed the atrocity of womanhood from her box, but did you know King Lycurgus of Thrace cried cabbage into existence?

The god Dionysus, patron of wine and fertility, swept through Europe with a whole army of drunken revelers. King Lycurgus drove them all away with his ox-goad (cattle prod) except for Dionysus, who escaped into the sea. Dionysus then cursed Lycurgus with a bout of madness. In this madness he mistook his own son for a grape vine.

Because grapes and grapevines were symbols of Dionysus, the mad king hacked and pruned the vine, not knowing he was pruning his own family tree. After coming to his senses and realizing what he had done, he wept over his son, and the first cabbages grew in the spots where his tears fell.

Pretty hardcore for a vegetable.

This legend explains both the origin of the first cabbages and why they cure hangovers so effectively. Cabbages originated from a night of madness and confusion brought on by a vengeful god of wine. It’s only fitting that they help you work past some of the regret that comes in the morning.

The ancient Greeks figured cabbages were a hangover cure because they were born of an ancient king sobering up. But through the wonders of modern science, we now the real reason. It’s because cabbages are high in glutamine, an amino acid that aids the processes of your liver.

(If you’re interested in these kinds of stories you should check out  “A History of Food” by Maguelonne Toussaint-Samat, which has great chapters like “The Peach in Legend” among many others)

Keeping Up With The Cabbages 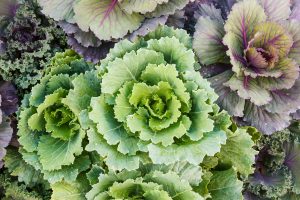 If you’re still having trouble accepting cabbages into your heart, think of it this way: it is doubtful that human civilization, in all its vastness and wonder, would have spread so far so quickly had it not been supported by the family of this leafy green, the brassica oleracea.

All the vegetables you grew up hating despite not knowing why you hate them are part of the Brassica oleracea family. Broccoli, cauliflower, brussels sprouts, kale, collard greens, and more all come from the original wild cabbage.

The only other family I can think of that has been as influential, as divisive as the cabbage family, are the Kardashians. By the transitive property (or something math related) this must mean that each cabbage corresponds to a Kardashian.

Green cabbage is the Kim K. of Cabbages. Everyone knows it. Everyone has an opinion on it. Either you love it or you hate it by the time you’re twenty.

It’s versatile, able to go through strange processes and come out on top every time. It can be chopped raw for salad. Long-cooked. Stir-fried. Slawed. Buried and fermented for months. Married to a famously unstable rapper. Throughout all this and more, it maintains its core identity and dynamism.

They’re denser, and feel a bit heavy for their size. These are both unflattering traits, so I abstain from naming a Kardashian with them. (though if you are familiar with the Kardashians you might be able to decide for yourself) They’re delicious thinly sliced and they’re a bit more tightly packed. More nutritious than the white cabbages, red cabbage has a spicier and more dominant flavor.

Also known as curly cabbage, these have lacy and ruffled leaves, expressing themselves in a unique and crowd-pleasing way. The flavor is earthy and mild, while the leaves are tender. They’re great sliced in soups and in stir fries. As such, they’re clearly the Kylie of the group.

This is a long, oblong-shaped sort of cabbage with crispy stems and greenish yellow leaves that remind me of a flowing Met Gala gown. The flavor is sweeter than the green cabbage, and it’s the best cabbage for raw consumption in salads. I guess this one corresponds to Kendall? Sound off in the comments!

If neither the hardcore Greek origin story nor the strained Kardashian metaphors have convinced you that cabbages are the coolest thing since sliced watermelon, maybe some cold hard health facts might convince you. 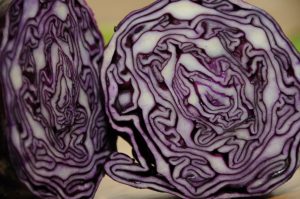 Kim Kardashian famously received a “blood facial” in which surgeons extracted her blood, then injected it into her face to give her a youthful and healthy glow. Little did she know that she could have achieved similar effects with the vitamin-rich and antioxidant-infused cabbage.

The regular consumption of cabbage or cabbage juice leads to youthful, younger skin, without visits from strange doctors with long needles. The Vitamins A, D and C also protect the skin from the harmful effects of UV rays.

You can grind cabbage into a poultice to help cure skin afflictions including eczema, acne, rashes and even wounds, ulcers and insect bites.

There is a rich history of cabbage being used for its medicinal properties on long naval voyages, and modern science backs it up.

Eating Cabbage Can Nourish Hair, and Applying It is Even Better

Due to antioxidants such as Vitamin A and high mineral content including iron, sulfur, and magnesium, the consumption of cabbage as well as the topical use of cabbage juice does wonders for the hair. Simply eating it will stimulate hair growth because of the high Vitamin A content, but you and I both know you aren’t going to want to stop there.

Mash a half cup of boiled cabbage and an eighth of a cup of lemon juice, and make it into a thick paste. Massage it on your scalp, leave it in for 30 minutes, then shampoo and condition. This leaves your hair looking shiny and healthy and new.

Another one of the amazing health benefits of cabbage is that it relieves muscle pain.

A peer-reviewed study conducted by German and Australian scientists found that patients who wrapped their arthritic joints in cabbage leaves reported significantly less pain than those in a control group. Cabbage wraps also reduce muscle pain and inflammation.

I’d recommend applying cabbage wraps after an intense workout, then going about your day using pants to cover your cabbage enfolded legs. If you feel any embarrassment when your co-workers see cabbage leaves fall out of your pants during a work presentation, take solace in your soothed, painless joints.

As a leafy green, it has low fat content and high fiber, both of which are essential to a filling and healthy diet. It’s also great for relieving constipation, if you’re experiencing that sort of thing.

And There You Go!

You’ve learned that the suffering of an ancient Greek king is present in every bite of your coleslaw. And you’ve learned that cabbages are the Kardashians of the plate and should command your attention as such.

You’ve also learned that cabbage poultices and wraps are much better than injecting your old blood into your face. Most of all, you’ve learned that even if you didn’t like cabbage as a kid, you can grow to love it. Once you have accepted cabbage into your heart (and stomach), you can officially be considered a grown up. Now eat your vegetables!